If you're in the market to buy a home in an area that isn't serviced by city plumbing, then there's a good chance that you'll end up with a home that has its own septic system. Because septic systems require special care to maintain, you'll want to make sure that the system has been well taken care of. Otherwise, you could end up having to shell out a lot of money for new system installation or major repairs down the road. By asking the sellers a few simple questions, you can get a better idea of how well the system has been maintained.

Where is the System Located?

Start by asking the owners (or their real estate agent) where the septic system is located on the property. If they don't know the answer, this should be seen as a major red flag. That's because any homeowner with a septic system should know where it's located, provided that they've had it pumped and maintained each year. If they don't know where it is, there's a good chance that they've never had the tank flushed or the system inspected, which isn't a good sign for you.

When Was the Tank Last Pumped?

Even if the previous owners or seller's agent knows the location of the system and the septic tank, it's still a good idea to ask when the tank was last pumped and when the system was last inspected. If it's been more than a year, then the system hasn't been taken care of as recommended. If the sellers offer to pump the tank out for you before you move into the home, make sure you have it inspected first; a thorough inspection cannot be done when the tank is empty from having just been pumped.

What Components Does the System Have?

Finally, find out exactly what's included with the septic system so that you have an idea of what components may need to be serviced or replaced down the road. For instance, is the system just a conventional septic tank and drain field? Or, are there also drywells, seepage pits, and other components? If the system or the home is relatively new, you may even be able to request the original blueprint drawings of the system, which can help you when it comes to maintaining it down the road.

Never buy a home with a septic system without first asking these questions. If you find that you do need to install a new septic system, contact a professional like Lanik Enterprises INC. for help. 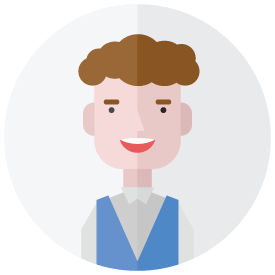 When I started my business, my garbage collection wasn't that much to worry about. I only had two people working in the building and we made very little trash. As my business grew over the years, the one trash can hidden behind the building quickly turned to four, and then six. So, how do you know when it is time to upgrade your trash service from can pick-up to a dumpster service? It took a while for me to make the change because I was unsure of how I felt about having a dumpster behind the building and wasn't sure what it was going to cost. Go to my site to find out how I hide my dumpster and what it typically costs for a small commercial dumpster service.